3 Reasons Why You Need a Coffee Scale

As a newcomer to brewing amazing coffee at home, I was extremely skeptical when a friend told me I needed to invest in a gram scale. Coffee and water – that’s all you need right? Yes, but using those two ingredients to the best of their ability requires a couple tools, a simple kitchen scale […] 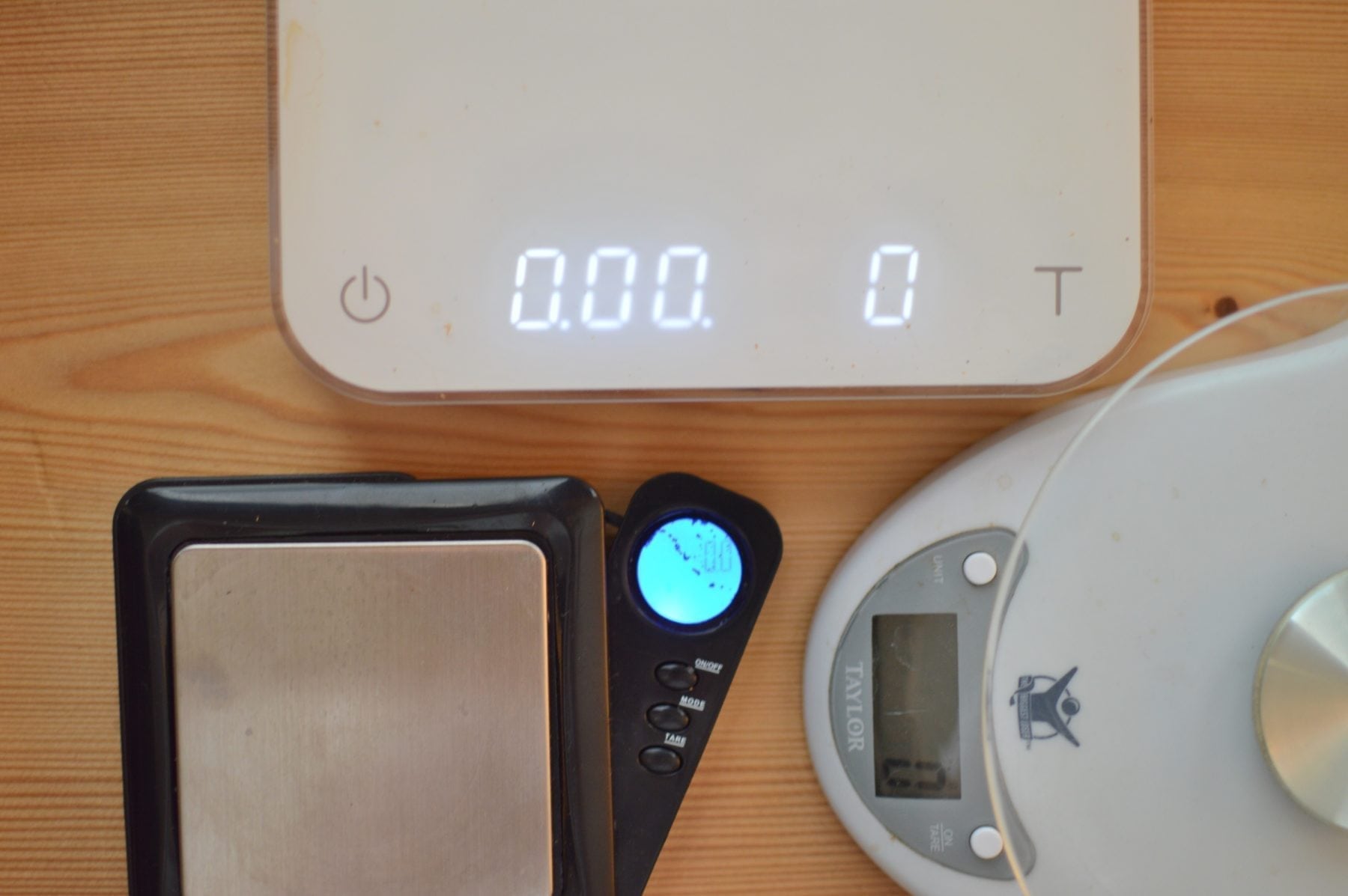 As a newcomer to brewing amazing coffee at home, I was extremely skeptical when a friend told me I needed to invest in a gram scale. Coffee and water – that’s all you need right? Yes, but using those two ingredients to the best of their ability requires a couple tools, a simple kitchen scale being one of them. At the coffee shop I manage, we weigh everything. From the coffee coming out of the grinder to the espresso coming out of the machine, everything is weighed. When I first arrived, I thought it was overkill, but did not take me long at all to realize how the step of weighting ingredients could impact the final brew in a dramatic way.

Still skeptical? You won’t be for long.

There are some ratios that are considered excellent for brewing coffee. Anything between 1:15 and 1:19 (coffee:water) is considered in the green. Most of the guides on Coffee Brew Guides use the 1:17 ratio. Without having a scale to weigh out the perfect amounts, you’re missing out on a well-balanced cup.

The wonderful artisan coffee you buy at a shop is created with care and precision. If you want to brew that great cup yourself, buy a simple scale.

If you’re a fan of the tablespoon, you are a victim of inconsistent coffee. One day it’s sour, the next it’s fine, and the third day it’s bitter. What keeps changing? The coffee to water ratio. You’re either putting in too much or too little coffee (depending on the day), which is resulting in a final cup that is never the same. Being able to have precise measurements will ensure that the ratio of coffee to water is never unbalanced again.

Before I had a scale I would use a tablespoon or just eye-ball it. Even when I used the same brew method and technique, every cup would be different. A $20 gram scale eliminated that problem overnight.

Coffee can be expensive, especially when you purchase beans that have been roasted with extreme care. If you’re just tossing scoops of beans into the grinder, I promise you’re going to go through the bag all lot quicker than if you were using a scale.

Travis, a reader without a scale, told me he generally throws in “a couple” scoops of beans for each cup, while I typically use 20g. We each started with a 12oz bag of whole beans. He got 20 cups of coffee from the bag. I got 28. See the difference?

Guessing isn’t going to get you killed, but being able to be precise goes a long way when it comes to the taste of the coffee, the consistency of the cup, and the hole in your wallet.

Which Scale to Use?

I bought a simple The Biggest Loser scale for $15 that has worked, but is showing signs of wear while it’s still fairly new. I wish I had done a bit of research and dished out a few extra bucks for one of the scales that the specialty coffee community strongly recommends.

The Jennings CJ4000 is by far the most recommended scale across the board for coffee enthusiasts. It can measure in 0.5g increments while every other in its price category can only measure in 1g increments, has a back light, and comes with a 20-year warranty.

If that’s not the scale for you, there are a couple others that are frequently recommended. The Escali Primo Digital, the American Weight Scale, and the Hario Scale would all serve you well.